Support Your Military & Their Families

The Semper Fi Society 501(3)(c) is proud to host the 2020 General James T. Conway Golf Classic. This St. Louis Benefit Tournament is one of the leading Fundraisers in the nation in raising funds and awareness for the Semper Fi & America’s Fund.

It's a great day with your United States Marines. Golf followed by a wonderful awards dinner with special guests and camaraderie. Remember, proceeds from this tournament go directly to support Marines, Sailors, Soldiers, Airmen, Coast Guardsmen, and their families.

For more information on how you or your company can get involved contact our Tournament Director, Reggie Thorpe:

Why Is The Semper Fi & America’s Fund Important?

The Semper Fi & America’s Fund provides immediate financial assistance and lifetime support to post-9/11 combat wounded, critically ill and catastrophically injured members of all branches of the U.S. Armed Forces and their families. We deliver the resources they need during recovery and transition back to their communities, working to ensure no one is left behind. 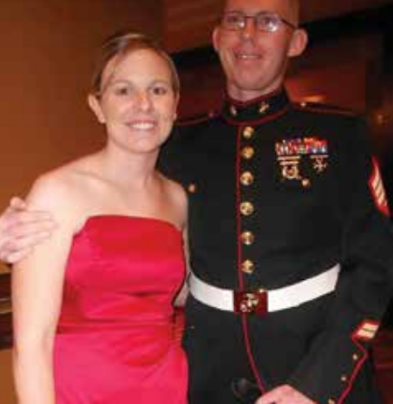 Marshall Kennedy was born on April 16, 1985 in Forrest City, Arkansas. He graduated from Forrest City High School in May 2003 and joined the United States Marine Corps in August 2003. Sgt Kennedy graduated boot camp at the Marine Corps Recruit Depot, San Diego in November 2004 and later attended the School of Infantry. His first assignment as an Infrantryman was to 1st Platoon, Lima Company 3rd Battalion 1st Marines at Camp Pendleton, CA. He deployed to Iraq for Operation Iraqi
Freedom II in June 2004. He was a part Operation Phantom Fury in Fallujah, Iraq (the largest urban combat since Hue City in Vietnam) and returned stateside in January 2005. Sgt Kennedy
also deployed to Haditha Triad area in Iraq from September 2005 until March 2006.

Unit and returned July 2008. From September 2008 to June 2010, Sgt. Kennedy was assigned
to Range Company Weapons and Field Training Battalion, Marine Corps Recruit Depot- San Diego. In July 2010, he was assigned to 1st Platoon, Echo Company 2nd Battalion 8th Marines as a Squad Leader. In January 2011, Sgt Kennedy deployed to Sangin, Afghanistan until June 2011 and was later assigned to the Bethesda Detachment of Wounded Warrior Battalion- East from June 2011 to November 2012. On December 30, 2012, Sgt Kennedy retired from the U.S. Marine Corps.

He attended classes at the University of Arkansas in the Fall of 2013 and is currently working as a
Computer Forensic Analyst. Sgt Kennedy has been married to the beautiful Chelsie Kennedy since December 30, 2006. They have three sons: Ethan, Caleb, and Kellen.